It will support both continuous and final assessment to improve the trust level across students, teachers and institutions. The system will be developed taking ino account quality assurance agencies in education, privacy and ethical issues and educational and technological requirements throughout Europe.

• Alpha version of TeSLA
already up and running

• 600 students involved so far
and more than 2.000 activities already tested

As well, the quality assurance plan and the risks and its corrective actions have been periodically checked and updated during the project and the development of the pilots. As a result of this work, a specific deliverable will be submitted by January 2017 covering and updating the risk management aspects found both during the execution of the first pilot and in the preparation of the second pilot of TeSLA.

Management activities are now focused on the preparation of the second Pilots of the project, as well as the proper performance of the ongoing tasks and minor rescheduling, so that all activities are aligned and harmonised.
From the management point of view, all the legal, ethical, quality, technical and educational aspects for the first pilot are being aligned from all the partners involved into the project as well as the communication protocols inter-intra partners to undertake the pilot.

The communication and dissemination activities are also ongoing as is expected through the schedule across the project.
In summary, the project plan is on track, with minor deviations.

After several month of work, the evaluations, analysis, architecture and schedules concerning the instruments have been already finished. The implementation of each system started last August 2016 and it will finished totally by the end of 2017.

Due to the availability of all authorisation and author verification instruments in the 1st pilot (last quarter of 2016), the project will benefit from two more iterations of performance optimising, trouble-shooting and development of automated tests, which will ensure the quality of the overall system.

On the other hand, and from the global architecture point of view, the component connecting all the instruments with each VLE (via a Plug-in provided by TeSLA also) is the TeSLA E-assessment Portal or simply TEP. Taking into consideration the new approach of instruments integration at once, a functional version of TEP will be finished by the end of the 1st iteration to be used by the 2nd pilot.

In fact, the first functional version of TEP was already by December of 2016. This successful integration of the instruments in the first iteration, allows to be focused on programming with non-instrument related topics like scalability, performance, trouble-shooting or security.

Thanks to the task already done about population definition, and the evolution of TeSLA development, the planning of the first pilot execution was carried out since June until September 2016. The pilot plan included the dates and the duration of each pilot, the number of learners and teachers involved, the type of the courses and the assessment activities for testing the tools for each institution.

The Small Educational pilots started in October and ended in December 2016. A special report on the execution of this pilot was elaborated in order to establish to what extent the main objectives of the 1st pilot were achieved, what strategies the pilot institutions used for their implementation, what difficulties they encountered and how the problems were addressed, and most importantly what experience they gained and what lessons they learned that can be useful for the successful execution of the Medium Test-Bed pilots.

The main focus of the first pilot according to the Grant Agreement was to test the coordination between all partners and the defined protocols and data flows. The objectives of the Small Educational pilots did not envisage testing the tools for authentication and antiplagiarism but during the Consortium meetings it was agreed that some tools will be introduced and tested during the 1st pilot in order for the pilot institutions to gain experience and so that the level of risk for the 2nd pilot be reduced.

The first pilot aimed to test the protocol of communication among partners for pilots’ execution, the implementation protocol at partner level, and to select the most suitable activities for the e-assessment process at subject level. 7 universities are conducting this small-scale pilot with a sample of approximately 600 students.

UNamur analyses data privacy and ethics related to the TeSLA Project. The educational quality assurance agencies are beginning to select and train experts to evaluate all pilots.

During last year, TeSLA has been supported by the acceleration of external dissemination and exploitation activities. Several industry contacts have been consolidated during this period, in addition to other European organisations interested in the possible applications of TeSLA (Learnosity, Digiexam, TAO, Proctorexam, Unplag, just to mention some of them). There have also been initial touch points and conversations with related European projects like OP4RE, and InnoVal.

New processes have developed in order to improve the communication and organisation of our tasks among all the partners in the Project. In the same way, we have been collecting information about the different activities or events than have been covered by some of the partners of the Project, supporting them with the creation of collateral materials.

Regarding Exploitation and IP management, several discussions have been held in order to settle down the basis for these agreements and get a final consensus. Local IP managers have been assigned and we are starting to work together all the partners on the definition of tangible and intangible project objects and outcomes.

Four experts talk about the evolution of the TeSLA
from different points of view: 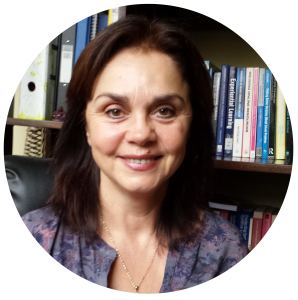 After finishing the first round of pilots, where the number of students involved has exceeded the expectations, we have been able to test not only the approaches agreed but also to test the usability of the tools as well as the evaluation instruments which is beyond of the original scope.
The statistics show that considerable number of activities were carried out in most of the pilot institutions – 841 activities were conducted for testing the face recognition tool, 579 activities for testing the voice recognition tool, and 873 activities for testing the keystroke dynamics tool.
As well, the integration of the technology in the 1st pilot helped the pilot institutions to gain very valuable experience which will be of great value in the 2nd pilot, and also enabled the technical team to gather a significant amount of data which will support the training of the TeSLA tools for the next two rounds of pilots.

Valuable experiences from the first pilot have been gathered through focus group interviews and online questionnaires. From an educational perspective the process of inviting teachers for the first pilot and discussing the TeSLA aims and instruments provided valuable insights as well. For instance, an important question arising from discussions with teachers concerns the use of forensic analysis in learning scenarios where students receive (peer)feedback to improve written assignments.

Discussions like these help shape future pilots and make sure a diversity of learning scenarios enabling us to explore the boundaries of the technology and, possibly, push it further. 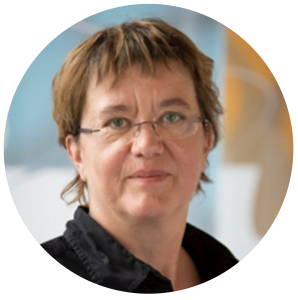 From the technical point of view, the first semester of 2016 was dedicated to the analysis and design of the TeSLA system, which is already completed and agreed by all the technical partners. During the second part of the year we finished the development of the first alpha version which will be used in the 2nd pilots in February 2017.

We also provided a testing infrastructure not only to perform the integration and ensure the correct operation of each component, but also to ensure the quality of the final product.

I make a positive assessment of the technical progress made so far. I am very satisfied with the results obtained and appreciate in general the good atmosphere of the work team, despite the high technical complexity of the project, the multitude of development environments that exist and the variety of entities involved.

TeSLA has been born based on research and with an innovation DNA. This innovation is reflected in the way TeSLA is combining scattered existing technologies like biometric recognition systems, forensic analysis, plagiarism control and time-stamp tools, applied for the first time, all together to the challenge of e-assessments and accredited online initiatives in the education field.

This project was born as an ambitious alternative to support fully digital and fully online continuous identity and proof of work assessment, avoiding virtually the requirement to be present in campus or in a testing facility, like face-to-face final examinations.

This innovation is needed beyond the internationalization and online learning growth. One of the most remarked challenges of the system is to provide an alternative for students who have some kind of disability or come from low-income social groups.

Travelling and accommodation can be a show-stopper for attendance or completion of a specific learning activity by students. 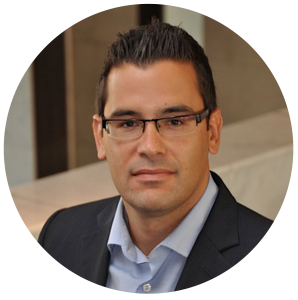 This website uses cookies to improve your experience. We'll assume you're ok with this, but you can opt-out if you wish.Accept Read More
Newsletter