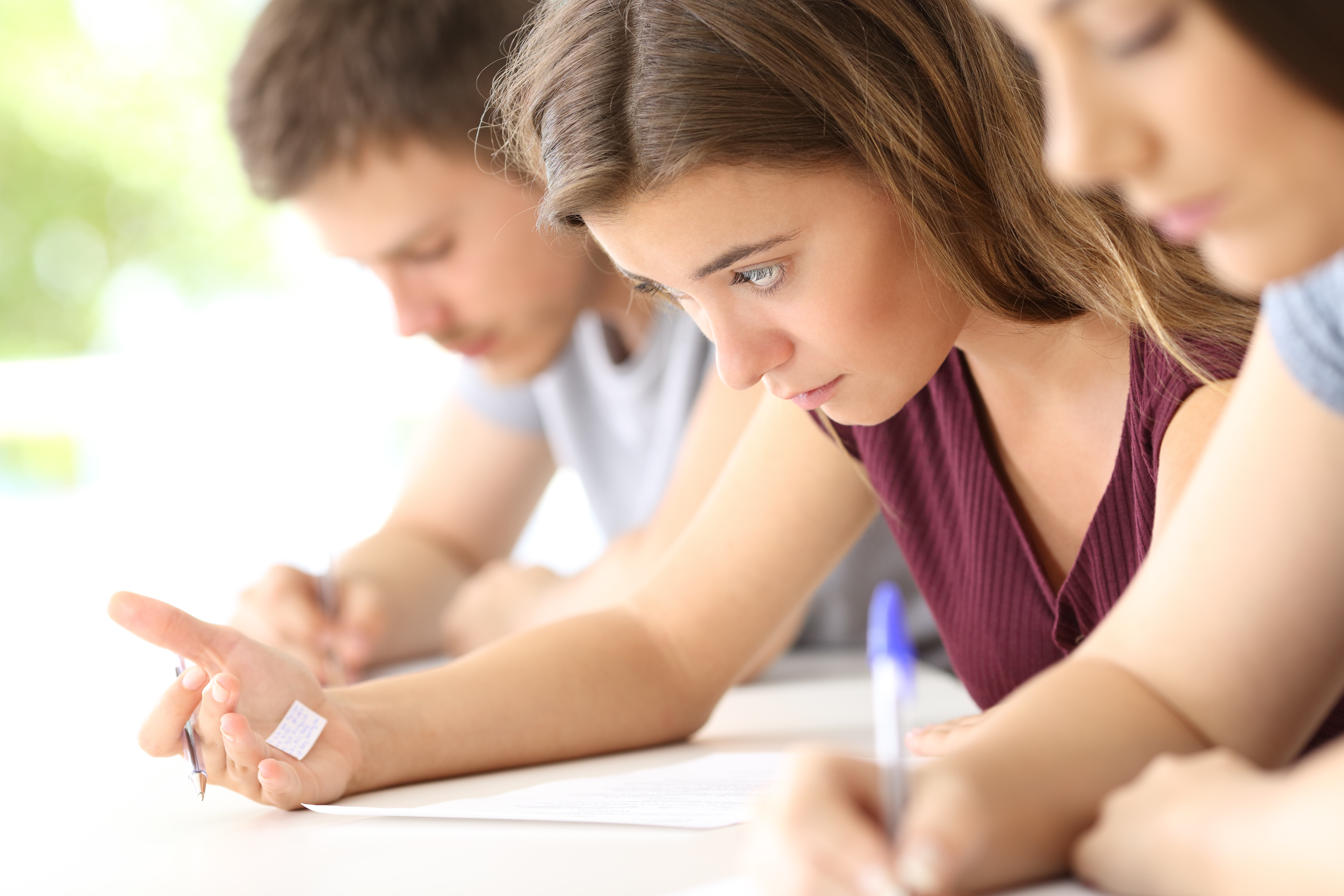 Cheating is part of university life. The majority, about 80 percent of students, make use of unauthorized funds during at least one semester whilst at the university. This was the result of a study carried out by sociologists from the universities of Bielefeld and Würzburg, on behalf of the German Federal Ministry of Education. For the so-called Fairuse study, the researchers surveyed students and lecturers between 2009 and 2012. Since then, conferences and workshops on the topic have aroused great interest, as the issue of cheating now affects every teacher in the profession.

Many colleges and universities, however, make it difficult for their students to cheat during tests. In some assessment centers, for example, special walls are built between the PC terminals so that every student is separated from the person working next to him or her. Here the exam rules state that objects should not be present on the table, except for a water bottle. Today a ban on mobile phones is also nothing new for many. The latest smartwatches, which can be disguised as a normal watch, are no laughing matter either, as by simply placing a small Bluetooth plug in the ear, students can have answers whispered to them from a trusted friend who is located somewhere outside of the examination room. Before hundreds of students start the exam, a further method which universities employ to help stamp out cheating is to check a student’s identity via the identity cards. Finally, universities and technical colleges also have access to plagiarism software and use it regularly.

International distance learning colleges use proctor modules to monitor e-exams. With courses such as these, the unique benefit of a postgraduate course is that the exams can be done online, which saves the students from having to travel to the university, and also gives them complete flexibility to decide when and where to take their tests. Here a plugin, which is installed on the student’s PC, serves to prevent cheating and enables the visual identification of the student via a snapshot. During the exam, photos are also taken at random, uneven intervals. If the person moves away from the camera’s field of view, this leads to a termination of the examination. An alternative is the 1:1 control, whereby a real person is available for digital surveillance of the student. The so-called proctor also has access to the student’s PC, so that unauthorized aids such as digital scripts, search engines or chats can be blocked. In TeSLA system there is the possibility to combine different tools to validate authorship and authentication. These are: biometric instruments (facial, voice and keystroke) for monitoring and recognition, forensic analysis, anti-plagiarism tool, digital certificates and timestamp receipt.

It is impossible to accurately judge whether the amount of cheating online or via modern technology is now higher than it used to be. Before the Fairuse study, for example, hardly anyone had researched how much cheating and plagiarizing occurs at universities and colleges. From this point of view, there are no official numbers to serve as a useful comparison. Nevertheless, the opportunity to cheat has naturally increased in the wake of modern technology. This said, ninety percent of all students believe that cheating is fundamentally wrong. This was the result of an American study. Those who think that cheating is morally wrong, also cheat less, as the figures from Bielefeld and Würzburg show.

When it is clear that copying, cheating, and plagiarism are prohibited and incur penalties, the willingness to engage in such practices reduces – as the Fairuse study shows. Is, therefore, buying plagiarism software the solution to this problem? Of course, there is also a potential for improvement in the field of prevention and methodology. A good learning climate, for example, encourages the overall mood of those attending the seminar. Those who go to the exam without lacking confidence in their abilities will be less tempted to cheat. Now lecturers have recognized this and increasingly rely on trust and clear rules of conduct. Some lecturers also adapt so-called “code of honor codes”, which help students to clearly identify right and wrong behavior.

1 de October de 2018 in General Tags:
Did you find apk for android? You can find new Free Android Games and apps.