Want create site? Find Free WordPress Themes and plugins.
TeSLA Project Part of the Science and Research Festival in Jyväskylä
Did you find apk for android? You can find new Free Android Games and apps. 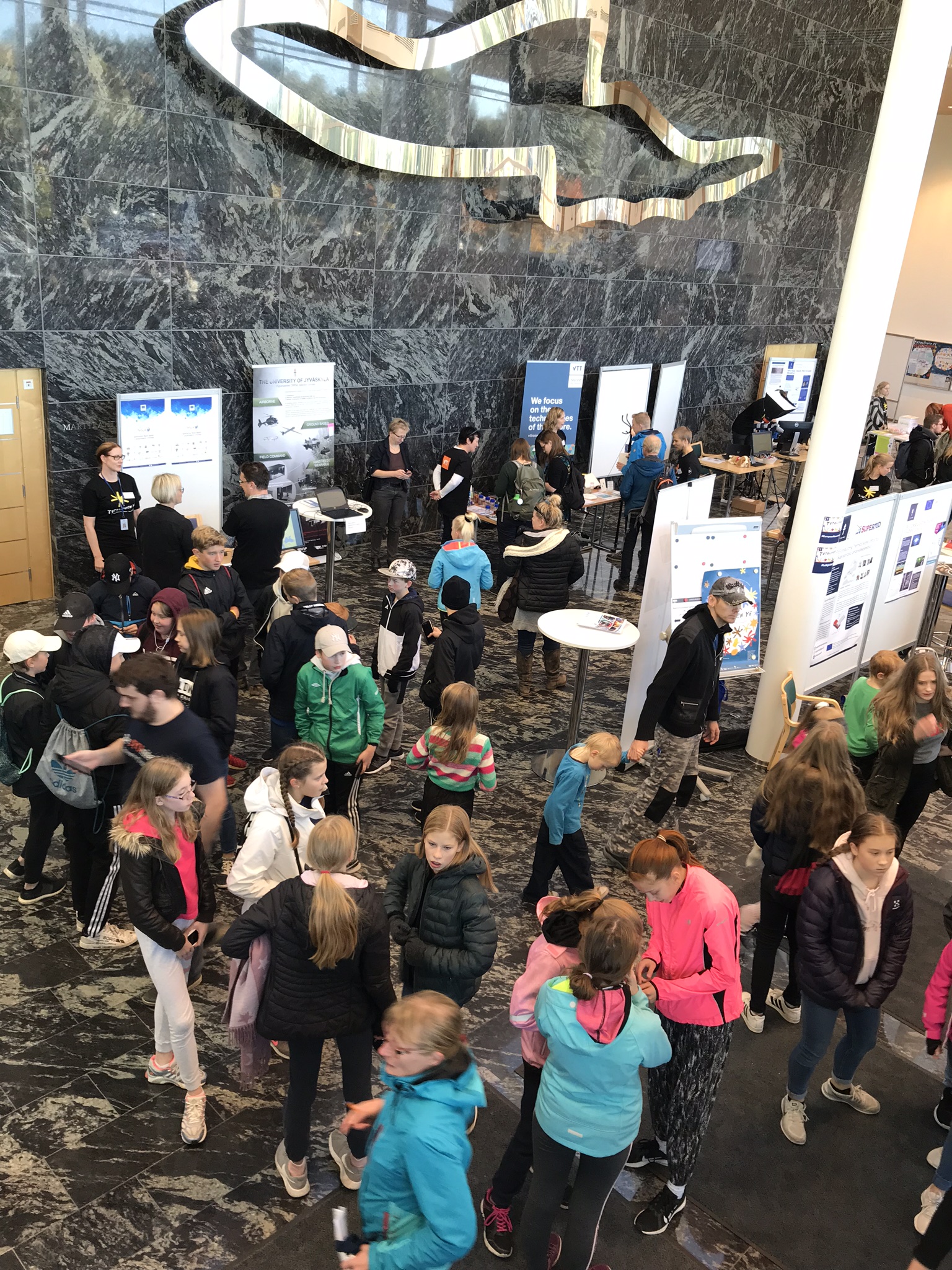 On September 28th, the University of Jyväskylä was once again hosting the European Researchers’ Night along with eleven other locations in Finland. The full-day event presented science and researchers in various workshops, panel discussions and exhibitions. All events were free and open for everyone. This year Researchers’ Night attracted a record-breaking number of visitors in Jyväskylä: over 13,500 people of all age groups. The event was benefiting from other massive events happening in the city at the same time, thus gathering also many attendees who do not follow science and research in their everyday life.

The multidisciplinary program of the University of Jyväskylä included a large selection of things to do and issues to learn for the whole family. In the workshops, children got familiar with natural sciences, teamed up to solve crimes using chemistry, and experienced 3D printing in practice. There were also workshops with robotics and artificial intelligence, including the Open University of the University of Jyväskylä presenting their humanoid robot, Pepper. In addition, the laboratory tours and virtual reality games attracted many youngsters and students. Adult visitors were able to explore interesting facts on brain research, the phases of the Finnish elementary school system, and workplace psychology, among numerous other themes.

TeSLA Project was also exhibited at the event, attracting many interested visitors varying from young families and student groups to senior citizens, as well as experts and scientists from various disciplines. For instance, an advocate for the Central Finland Health Care District was very enthusiastic about the topic and discussed his ideas of applying biometric authentication into health care. TeSLA knowledge was also shared internationally as there were many international visitors, some coming also from other TeSLA partners’ home countries, such as Portugal and Turkey. Many online course teachers and specialists, representing various educational organizations, visited the TeSLA stand, too.

Overall, TeSLA got a lot of positive feedback and was acknowledged of being very current and valuable. Sharing many intriguing discussions about accessibility in higher education provided a chance to introduce TeSLA as a set of tools enabling new opportunities for learners with special educational needs, including physical and mental disabilities. Additionally, TeSLA was mutually seen as an important enabler in terms of respecting social and cultural differences.

The European Researchers’ Night attracted over 13,500 visitors in the University of Jyväskylä. See the TeSLA Project stand on the left side of the photo.

18 de October de 2018 in General Tags:
Did you find apk for android? You can find new Free Android Games and apps.